SUCCESS STORIES
"Something like this could change the world."
— Andrew Meas, Epidural Stimulation Study Participant and Success Story #3

Four young men living with a spinal cord injury (SCI) achieved groundbreaking progress during the initial study conducted from 2009 - 2013. With all four able to stand and move voluntarily in the presence of stimulation, they've demonstrated there's huge potential for epidural stimulation. Even more encouraging is the fact that they've recovered autonomic functions like bowel & bladder control and sexual function.

These men were selected for the first wave of research because they led very active lives before and after their injuries, in addition to meeting other research criteria. But the reality is that not every person living with paralysis fits this profile — which is exactly why the next round of research will include a range of participants of varying physical and activity levels. Our researchers are confident that this therapy will be a success for the next 36 participants.

THE POWER OF FOUR

Get to know Rob, Kent, Andrew, and Dustin — the pioneering participants in the first breakthrough study. They make up "the power of four," moving the paralysis community ever closer to reversing life-threatening complications of paralysis. 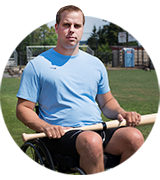 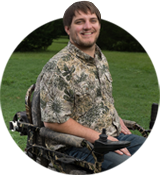 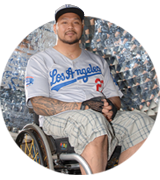 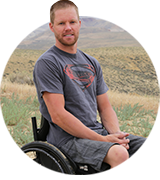 DUSTIN'S STORY
BE THE NEXT SUCCESS STORY

If you or someone you care about is living with paralysis, you could be considered for future studies funded by the Christopher & Dana Reeve Foundation and conducted by the University of Louisville. Click below to join the registry.

Our goal is to fund the next phase of epidural stimulation research with 36 new participants. This study will prove efficacy and collect critical data needed to get this therapy to the clinic as quickly as possible. Help us establish epidural stimulation as an effective treatment for SCI and transform the lives of individuals who were told nothing could be done for them.

Join us and redefine what it means to live with paralysis.