Epidural stimulation has the potential to be a quantum leap forward for the millions living with spinal cord injury (SCI), challenging the notion that the spinal cord, once damaged, could never recover or be repaired. Four young men, each with a chronic motor complete SCI*, have changed the way the scientific community views paralysis.

Using epidural stimulation, these young men can voluntarily move their legs and bear weight. They all regained their ability to move in just a few weeks after being implanted with an epidural stimulator. In even bigger news, they've seen dramatic improvement in autonomic functions including bladder and bowel control, sexual function, and temperature regulation. They've also experienced improved cardiovascular and respiratory capabilities.

This is a breakthrough that signals a return to independence, improved health and quality of life for people with paralysis.

The Christopher & Dana Reeve Foundation, with the help of its partners, have been funding spinal cord research for decades. Now, we're continuing this research with 36 new participants. Our goal is to demonstrate the effectiveness of epidural stimulation in improving functions such as cardiovascular, sexual and bladder function, as well as the ability to facilitate voluntary movements. 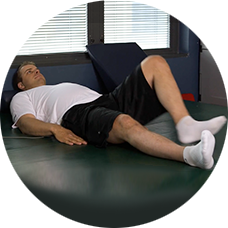 The study will also begin to track the impact of epidural stimulation to alleviate the financial burden of SCI on individuals and the healthcare system. Participants are expected to benefit from reduced medication and hospitalization expenses related to treating complications of paralysis. We also hope to reduce the threat of premature death caused by complications like autonomic dysreflexia.

Expanding the study from four participants to 36 will yield the data and evidence needed to expedite the delivery of epidural stimulation therapy to the clinic. But we need your help.

We have recently received the green light from the FDA to begin enrollment in The Big Idea study. It is now within our reach to transform the health and future of many more individuals living with spinal cord injury. While researchers are actively screening for participants there are more funds to be raised to ensure this study proceeds without disruption or delay.

* Two of the four participants were diagnosed as "motor and sensory complete," meaning both the ability to move and to feel below the point of injury were not present.

BE THE NEXT SUCCESS STORY

The University of Louisville maintains a patient registry for individuals who are interested in participating in clinical research studies at the University. If you are living with paralysis and would like to learn more or be considered as a research participant, please add yourself to the registry.

WHAT IS EPIDURAL STIMULATION? 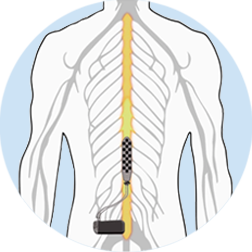 Findings published in the medical journals Lancet and Brain explain how epidural stimulation has transformed the lives of four participants with chronic motor complete SCI and enabled them to recover functions once thought to be lost.

Following implantation, each participant was able to:

The results of the study were an unexpected breakthrough. The long-held belief that a spinal cord injury is permanent has been challenged — we now know that it's possible to recover voluntary movement and improve cardiovascular and other autonomic functions that are disrupted by SCI.

The groundbreaking discovery that it may be possible to "reawaken" the spinal cord following an injury - even years after the trauma.

Rob, Kent, Drew and Dustin are living proof that epidural stimulation has the potential to be effective for the millions living with paralysis and other conditions that impact movement.

A new group of men and women will help demonstrate that epidural stimulation is an effective, game-changing therapy for people with paralysis.

LEARN MORE
BE THE NEXT SUCCESS STORY

The University of Louisville maintains a patient registry for individuals who are interested in participating in clinical research studies at the University. If you are living with paralysis and would like to learn more or be considered as a research participant, please add yourself to the registry.

Meet the scientists and medical experts behind this paralysis breakthrough.

The Christopher & Dana Reeve Foundation is aware that there are companies and clinics in other parts of the world that offer epidural stimulation alone or in combination with other interventions (i.e. stem cell transplants). Narratives, advertisements and patient testimonials on their websites and in their social media suggest that their "therapies" are the equivalent of the epidural stimulation studies being done at the University of Louisville, funded in part by the Reeve Foundation, and reported extensively in peer reviewed academic journals. These medical treatments are not the same.

The Reeve Foundation's epidural stimulation clinical research initiative (The Big Idea) will have US Food and Drug Administration (FDA) approval for a very specific research protocol and patient population. The study builds on several decades of basic science discoveries and will extend those findings through a rigorous and rationally designed human trial. It will follow the FDA-approved protocol in order to meet the safety and effectiveness requirements needed to gain FDA approval for epidural stimulation as a therapy for spinal cord injury.

This statement is intended to clarify what may be confusing or misleading information in the public domain. The Reeve Foundation is committed to conveying accurate information to our community, donors and all interested parties and to ensuring their safety and well-being.

The struggle to overcome paralysis dates back all the way to 1700 B.C., when the Edwin Smith Papyrus said that a spinal cord injury is "an ailment not to be treated," leading people to believe that, once damaged, the spine could never be repaired.

However, following his injury, Christopher Reeve dreamed of a world of empty wheelchairs. The Big Idea is how we're starting to deliver on that dream for the millions of people living with paralysis.

"I know my father would be so inspired and energized by the progress we've made toward fulfilling his dreams for the paralysis community. This latest discovery has given us the momentum needed to accelerate change and enter a new dawn for research."
— Matthew Reeve

October 2014 marks a somber milestone for the Christopher & Dana Reeve Foundation with the tenth anniversary of Christopher's passing. But over the last ten years, the foundation has honored its founder's legacy by bringing awareness of SCI to the forefront of national health conversations.

The Big Idea was launched to accelerate the development of effective therapies and treatments for spinal cord injury. Our goal is to raise a total of $15 million to implant epidural stimulators in 36 new participants and gather critical data on efficacy. If the research is successful, it will be a crucial step in finding a treatment to ease health- and life-threatening consequences of SCI.

Now that we have FDA approval, we can begin enrollment and get this research underway; however, we have yet to reach our fundraising goal to complete the study. We have committed to moving forward with the hope and faith that our most ardent supporters will continue their commitment so that this research can carry on without disruption.

This is more than a chance to support critical research - it's an opportunity to transform lives.

Every end has a beginning. As much as we want to sprint to the finish line, we need to further evaluate the impact of epidural stimulation on a larger, more diverse patient population. This is the beginning of something truly revolutionary for the paralysis community and, with your support, we can accelerate this therapy to the clinic.

Help change the lives of 36 more people and get in on the ground floor with what we believe will be the new cornerstone therapy for spinal cord injury patients. The Big Idea is a rare opportunity to invest in a breakthrough that redefines what it means to live with paralysis.

Donate now to make it happen.